Early weaning from as young as one week old was conventionally a practice used by dairy farmers but now beef producers are finding success with the help of a muesli substitute for milk.

Roasted Calf Muesli specifically designed to meet the requirements of calves from just one week of age is growing in popularity as the grain supplement allows producers to get calves off cows quicker while ensuring they are reaching optimum nutritional requirements in a palatable mix.

Made up of sorghum, barley, maize, protein meal, molasses and a good vitamin and mineral premix, the product is being sold all over the east coast, with interest even from Western Australia.

Mi-Feed general manager marketing Cathy Bertoncello, Vic, said they were the first in Australia to use micronisation when making their ration.

"When we formulated the ration, our nutritionalists looked at what the cow can give them, and tried to match that so that the farmer can give them the best start (for growth and development)," Ms Bertoncello said.

"The grain undergos a micronisation process whereby instead of just steaming the grains, they are put through a machine, similar to a microwave, that cooks the starch and makes it more digestible for young calves.

"It gelatinizes the starch. The grain is soaked before it is 'cooked' using (high temperature) infra-red burners (then it is rolled)."

This process of micronisation reduces the density of the grain and allows for increased intestinal digestion, and results in the animal eating slower, improved palatibility of the feed, improved digestion, protection of the protein allowing for by-pass protein to be improved and overall safeness of the feed. 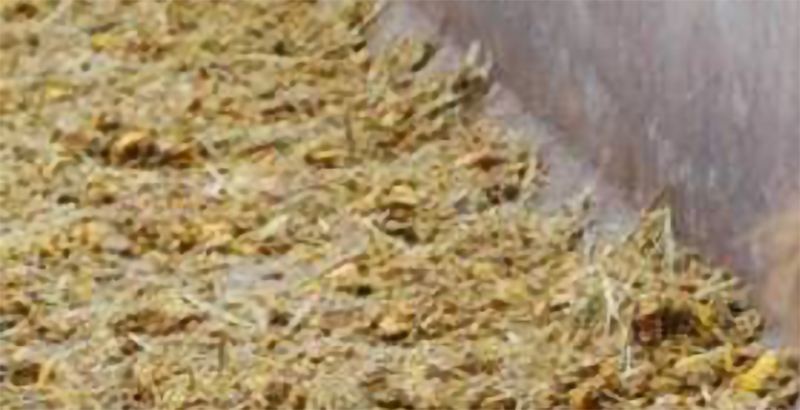 The process of micronisation reduces the density of the grain and allows for increased intestinal digestion, and results in the animal eating slower.
Photo: Supplied

The product is really starting to take off in beef operations, but can be used in dairy herd also.

"It is great for both beef and dairy calve from one week of age if they have to feed them from then, which many are at the moment," she said.

"It has 18 per cent protein, energy of 12 megajoules (of metabolisable energy) per kilogram which is really going to help start putting weight on them, 8pc fibre and a good mineral mix for healthy, thriving calves.

She said calves tend to easily take to the feed as they find the ration palatable due to the molasses allowing it to have a sweetness, and micronisation.

"Calves are fed this up to eight months, where they can then be transitioned onto another feed," Ms Bertoncello said.

Despite the drought impacting commodity availablity and price point, she said the company has not altered their product as they want to ensure consistency and integrity of the high-quality feed.

"We haven't been impacted too much ... we have had to pay a more expensive price for them, but we have kept it the same," she said. 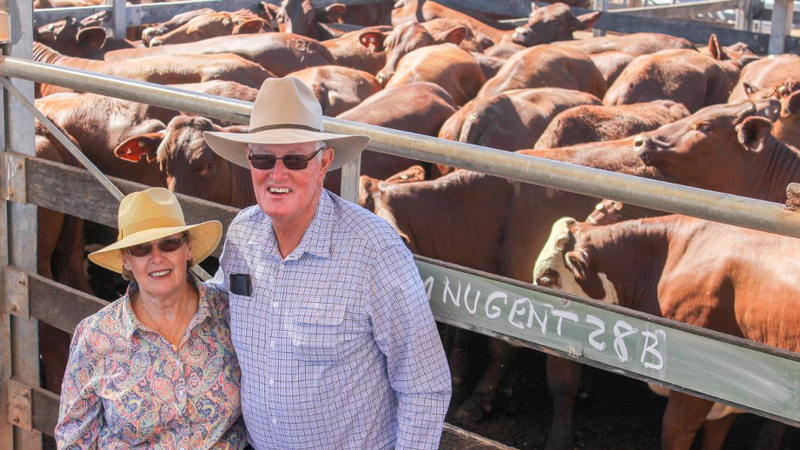 Farmers feed breakfast of champions to calves during early weaning

Producers using muesli ration for years say there are no noticeable growth impacts on the calves when compared to those on a regular diet.

Elders Charleville merchandise manager and beef cattle producer Garry Washbrook of Wadeholm, Qld, runs about 250 Droughtmaster breeders, and has used the ration on young calves from one week of age as well as their weaners that were six to eight months.

"We have had poddy calves that haven't had milk that look just as good at the end when they are weaned of it," he said.

"We also have fed it to our older calves that are weaners with hay and it has also been good."

He said there was never a problem getting the calves to eat it.

"We have been feeding it for about 10 years now, and came about it when we went into the produce shop in town to buy some milk powder and they didn't have any," Mr Washbrook said.

"The guy in there, who was from a dairy farm, suggested to try this stuff that could be fed from one week old.

"It has been roasted, micronised and it is a sweet feed so the calves take to it really well, you just have to feed roughage with it."

"We have seen a 100 per cent success rate, with no loss on any of the first early weaned young calves that we fed it to."